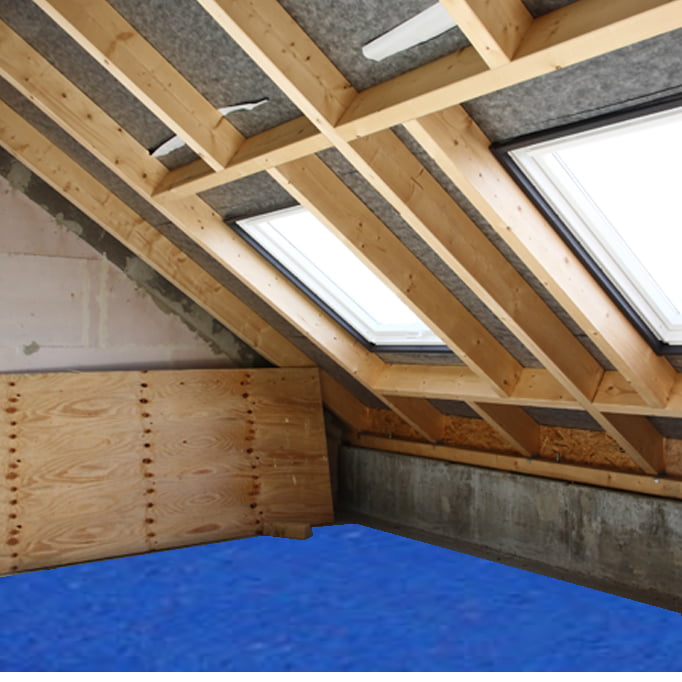 Tog ratings are the most important factor for many customers who are looking to purchase an insulating underlay. A higher tog rating means that the underlay will do a better job at keeping a room warm.

An underlay with a high tog rating can make a huge difference to a cold concrete subfloor or draughty floorboards. Not only will it prevent warm air escaping – it will also act as a barrier to cold air trying to get in.

Carpet underlays can be thicker than those used with laminate flooring, so they have a higher tog rating because they are naturally more insulating.

Be sure to choose which underlay is best for your needs.

See which products are best for which room or stairs

The Midas 12 is the number one underlay for insulation. It’s a luxury feeling product with a very high tog rating of 3.26.

As well as keeping your home that little bit warmer, the Midas 12mm also has great sound insulation.

The Midas 12 has a medium density so we recommend it isn’t used in high traffic areas such as the stairs, landing and hallway.

The Cloud 9 Cummulus is another luxury underlay with a high tog rating of 3.1.

Like the Dreamwalk, the Cloud 9 Cummulus should only be used in rooms like the bedroom and living room.

A cheaper alternative to the luxury products is our own brand 12mm Thick Underlay.

Although not quite as insulating, it will still make a huge difference.

Because it is so thick, it feels heavenly underfoot so it’s perfect for relaxation rooms like the bedroom and living room. However this means that it isn’t suitable for the stairs and hallway.

Products suitable for laminate or wood flooring need be much thinner so they have a lower tog rating. They also need to be moisture resistant to increase the lifespan of your flooring.

Super Gold is the best insulating laminate underlay. It is the thickest product (5mm) you can use so it also has the highest tog rating.

As well as being insulating it also features a plastic vapour barrier which protects against humidity and it has a noise reduction rating of 22db.

Because the Super Gold is designed to be insulating, it is not recommended for use with underfloor heating.

The 3mm Laminate has a lower tog rating which means it’s a suitable underlay for underfloor heating.

Because it is only 3mm thick, it will allow the heat from under the floor to come into the room.

It also has a built-in damp proof membrane and a noise reduction rating of 19db.

Does Underlay even work as heat or floor insulation?

A good quality, insulating underlay will act as a high-quality thermal barrier. Especially when used over a concrete floor or draughty floorboards.

But it isn’t the only factor when choosing the right product for your home or building.

Things like thickness, density, noise reduction and the room it’s going to be used in are also very important.

To find out more about the right underlay for you, read our FAQs page.

Why is insulation in the home so important?

The biggest benefit of insulating your home is the money it saves.

You’ll find that with good quality insulation, you don’t need to use your heating as much. By being able to turn on your heating later in the Autumn and turning it off earlier in the Spring, you’ll save weeks’ worth of energy bills.

To find out more about the economic benefits of home insulation, read this blog post.

Tog Rating – what does it mean?

Tog stands for ‘Thermal Overall Grade’ which is a unit of measurement used to calculate the thermal insulation of a product.

You will mainly see tog ratings given to things like duvets, sleeping bags and sometimes coats but the principle is the same with underlay.

An underlay with a high tog rating, like the Midas 12mm will help to keep a room much warmer. 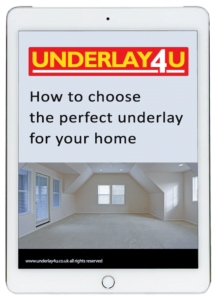